Today, even as I grieve the fact that the last vestiges of our family farm, my ancestral roots in North East Ohio, have been put up for sale today, I read the news from Standing Rock in North Dakota. Many peoples are coming together on Mother Earth to courageously and peacefully stand on the front lines for their homeland that was violently torn from them centuries ago. My weeping is only a brief shadow of what the Indigenous people of this land have suffered at the hands of of the hordes of European settlers for centuries.

I have arrived to live in Western Minnesota this Fall for a Writing Residency in what was once the vast basin, the home of the Plains Indians. Stretching across the belly of this country, it included the Blackfoot, Arapaho, Assiniboine, Cheyenne, Comanche, Crow, Gros Ventre, Kiowa, Lipan, Cree, Ojibwe, Sarsi, Stoney and Tonkawa, as well as the Oceti Sakowin—Dakota, Lakota and Nakota Sioux nations. Today many tribes are converging in a peaceful resistance to face down the Dakota Access pipeline. This bogus project, which begins at the Bakken oilfields of western North Dakota will bring crude oil through fragile lands, watersheds, Native sacred sites and wildlife homes across the midwest.  The Texas based pipeline company has co-opted the name Dakota, which means “friend” or “ally” to the Native people.

The First Nations people understand the Earth as a living, breathing being. They are coming from the four directions as the peaceful warriors on behalf of the silent and most vulnerable——our precious land, water and air and creatures. 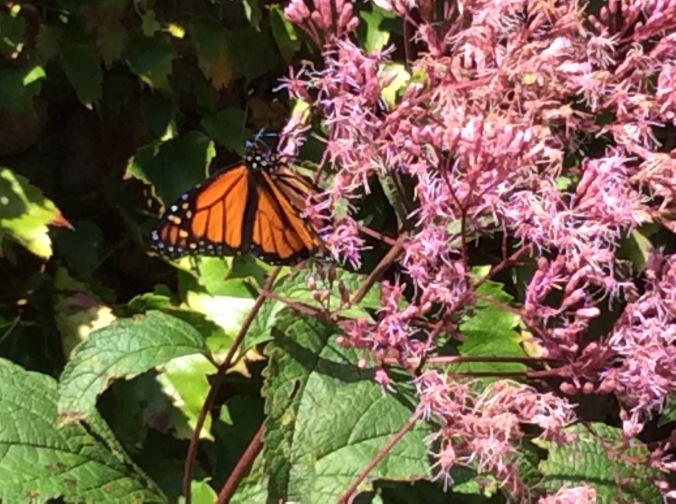 I continue to puzzle that the least of these, those whom the European colonizers have marginalized and made most vulnerable among us, the Indigenous people of this continent, are the ones putting their lives and physical bodies on the line for something that all of us need to be about. Our dominant culture has lost it’s way.  Mainstream North America has become entranced by a way of life that is killing the earth. We can no longer see what is real. Gasoline is cheaper than water. It is destroying that which gives life. Even as I hear the news of Standing Rock, many friends send me the latest of the “least of these”, the bees. Killed in massive Zika spraying projects in the East and South.

This morning at the Feast of the Nativity of the Blessed Virgin Mary, the priest reminded us that God always resides in the most vulnerable among us. Secretly weaving new life in places where we least expect it. Our work is to wake up and cooperate with the Sacred Dance of life happening in our time.

I come from European immigrants who have settled and colonized this land in the name of the Doctrine of Discovery and a Manifest Destiny. Today I stand with the First Nations of this country. My heart is with  Iyuskin American Horse of the Rosebud Sioux who spent more than six hours attached to a pipeline digger in Mandan, North Dakota. I stand with the elders, the men and women, arrested to protest the $3.8 billion pipeline which will be used to export dirty oil, rather than create a clean energy future in this country.

I come as one whose ancestral lands belonged to the Shawnee, Delaware, Miami and Ottawa, Wyandotte and Mingo. As I release my hold on the land of my birth, I remember those whom it rightfully belonged to and I stand  now in solidarity.  It is time for people of all races, creeds, religions and backgrounds to come together to preserve Mother Earth, our lifeline. Our future is inextricably linked to all of life itself—the entire community of beings, creature, human, plant, water, land, air. Only when we learn this will we live in peace.

For all we have disrupted and polluted. For all that has been lost. For all that is yet to be lost. I pray for courage to face these times together. That our colonial minds be awakened and sovereignty be restored to all lands and peoples, that spiritual leadership arise. For those who have ears to hear and eyes to see...here is a call to action. Find a way to support the people gathering.