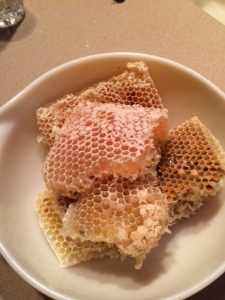 Today I felt a little bit like Uncle Sam. (Why is this print green? Perhaps to highlight Uncle Sam’s favorite currency, the greenbacks…?)  Almost all my girls in the hive are struggling.  They have a bumper crop of brood and babies, and amazingly, prolific New Mexican born queens and no honey.  Yep.  A few weeks out from Winter officially setting in and there has been a worrisome dearth of nectar and pollen.  That lovely photo of comb filled with honey, which you see above, is nonexistent in my hives.

All the beekeepers are feeling it.  Most of my bees seem to listlessly crawl around the hive door, or come back from the field empty handed, day after day.  When I opened the hives today, bar after bar of comb was sock-dry.  Old Mother Hubbard went to her cupboard…

I hate to feed bees.  It feels so….domesticated.  But I’m not above it, if it means they won’t starve.  When I went down to my South Valley location today, crawling over the fence——gates were locked and Lorenzo, the organic farmer was gone—- my bees were fiercely protective as I opened the hive.  They crowded around the queen, desperate to save her, even if the whole fort was going down from starvation. So, I began to drizzle Moses honey, from Los Ranchos, on the floor of the hive.  Moses always has honey.  He stocks all the shelves of Whole Foods and the La Montanita Co-op.  By the time I left, the girls had begun to calm down and march to the bottom of the hive to sip at the lake of honey oozing across the floor like an oil slick. If you’ve never noticed, honey is part aphrodisiac, part nutrition.  Honey always makes the hive mellow. Consider how you feel after slathering honey on toast or taking a spoonful of this sweet delicacy. The girls were entering some euphoric, nirvana state by the time I left.  Or maybe it’s just called happy bellies. They began to ignore me.

Below is about 7 combs of honey saturated with happy bees…(not mine, obviously) 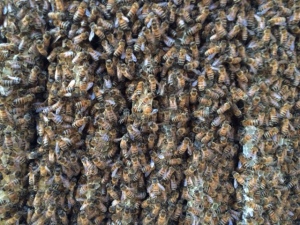 Unless one of my bee friends comes through with a cutout, where I can swap sweat equity for some bees and their honey, I will be feeding my girls every week for the next month.  Which got me to thinking about public welfare and this thing about being on “the dole”.  There is an often a sneering opinion of those who “can’t do for themselves.”  They are the unfortunate ones who end up with food stamps and public welfare benefits each month. We look at them with scorn or pity in the grocery line— sometimes thinking charitable thoughts about those who are so poor they can’t buy their own groceries.  We don’t know their true stories.  What on earth happened?  How did it come to this—- depending on Uncle Sam and “our” tax dollars to feed their children.

Well, if it’s like my bees, it has to do with a series of things that go wrong and a system that just isn’t working on their behalf. I can tell you what happened to all my girls in each of my 4 hives.  A few were feral bees or swarms that were caught in June. Which was a human intervention in the bee’s plan for their lives. Then they landed in my backyard.  Due to a series of unfortunate mishaps over the summer thanks in part to my inept mistakes and experimentation (which you can read about if you scroll down to the The Queen is Dead and Bee Overwhelm blogposts) my bees lost their bank accounts.  Otherwise known as the Queen Bee.  She either died, absconded, was ailing or lost.  And so the girls had to start over by growing a homespun queen with their own spit, sweat and royal jelly.  They had to wait for weeks and weeks for their queen to grow, to hatch, to mate, to return. And there was never a guarantee that she would return.  During this time, they languished.  No next gen to take care of the oldsters.  No social security bennies or other providers in the household to bring home the bacon for these girls. And during that time, they lagged behind.  They lost a generation of field bees to go find precious resources such as nectar and pollen.  Now the droughty Fall had taken ahold and though they all have a resourceful and resilient queen, and they are hard workers themselves, they still might not make it because they just can’t get ahead.

Think minimum wage.  One will never be able to save on that sad little amount each hour.

And so I feed them.  Like a providential hand from the sky, reaching in to shower food upon them so they can begin to eat again, gain strength, move beyond just survival to hopefully thriving.  I hope to see them pack away that honey over the next few weeks so they are ready when the snow flies.

So, here’s my rant.  It seems to me that most young families or single headed households (mostly women)who live on the edge are kicked off the cliff when a crisis comes.  They work hard. I know women.  Multiple jobs to pay childcare.  Or part time work pieced together or just staying at home and receiving a public check because childcare cancels out wages.  But, it is next to impossible to save on a minimum wage or a part time job that doesn’t keep up with inflation or food prices.  And so people turn to Uncle Sam.  Or “the dole”, as some would call it.  A hand from the sky reaches in to give a bootstrap up. And if you think it’s easy street, an average maximum check from the government is about $675/month for a family of three–which can of course be reduced if you report any income at all.  Which puts you below the poverty line.

Recently I read on a website, “if you had profits between 300 and 1.5 million British pounds before April 1, 2015, you may be able to claim marginal tax relief to reduce your corporate tax” (https://www.gov.uk/corporation-tax-rates/rates)

Hmmmm.  I’ve heard of corporate welfare and “relief” in this country for the ultra wealthy…but the Brits do it too?!  Colonizers unite. And what about all that medi-care-y, comprehensive Obama type healthcare that all our congressional staff get—red, green, blue or purple—no matter what your political stripe.  Could that be considered welfare?  I remember when I was a poor seminary student, on California’s public health plan. I was glad for it, but it was never a comprehensive plan.  I waited in doctor’s offices thick with sick people. For hours. Some of the care shocked me.  Some of it was excellent.

Well.  Time to get off my grandstand.  Bedtime.

Just thinking tonight about how everyone, even bees, the most hardworking of all of us, need a little help on those bad days——and sometimes just plain and simple, bad years. 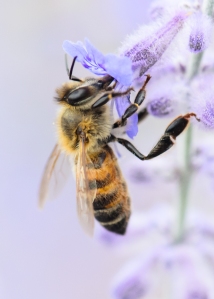