It comes around every year. Drone Warfare. It’s ugly. The male bees, named drones, larger than their female counterparts have been raised for the sole purpose of mating the queens in the neighborhood. Their genetics are important, but their role is short lived. 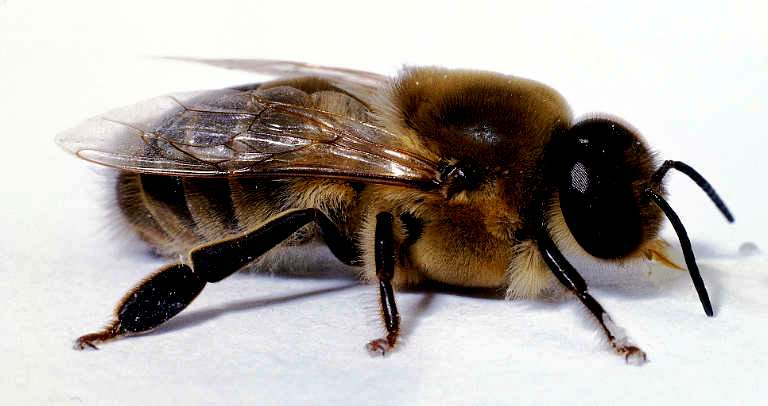 If their number is not called up for the mating flight, ensuring immediate death, they become couch potatoes in the hive. Lolling around, they guzzle resources that the thrifty girls have been putting aside for weeks and months. They pillage and plunder the storehouses of honey and spread their girth across the honeycomb, taking up precious space for the nest of babies, soiling it with their waste. When the season for mating and swarming has passed, the girls can take no more. They begin a vicious assault, until the last one is gone. One can’t help but feel sympathy.

In his book The Life of a Bee (ReadaClassic, 2010), Maurice Maeterlinck describes this decidedly unfriendly event in a chapter called, “The Massacre of the Males”(95-98). The drones return from their days of relaxing in the flowers...they return to the hive, go straight to the cells, plunge their head into the vats of honey, and fill themselves tight as a drum to repair their exhausted strength; whereupon with heavy steps, they go forth to meet the good, dreamless and careless slumber that shall fold them in its embrace til the time for the next repast…one morning the long-expected word of command goes through the hive; and the peaceful workers turn into judges and executioners…one part of the people renounce their foraging duties to devote themselves to the work of justice. The great idle drones, asleep in unconscious groups on the melliferous walls, are rudely torn from their slumbers by an army of wrathful virgins. They wake, in pious wonder, they cannot believe their eyes…”

And the colony brutally attacks the drones, tearing off their wings, severing abdomens, reducing them and discarding them outside the hive.

Alas, this has been the case with my hives for the past two weeks. A scuffle around the hive door. I sit down to watch as the girls drag out the drones and throw them overboard.

Mother Nature does have a cruel streak.