As the warmer temps crept up this past week here in Albuquerque, I began visiting my hives, readying them for the Spring bee keeping season. 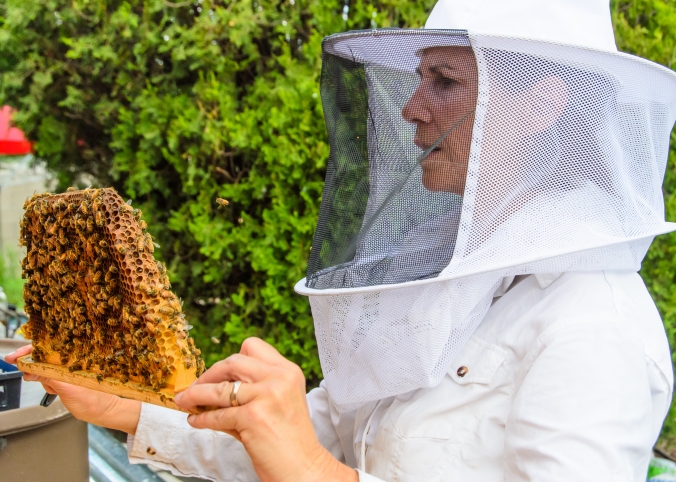 Since all my ladies are flying in my home bee yard, I started with the three beehives at the organic farm in the South Valley, followed by two at my friend’s home in the North Valley. Both locations are along the agricultural and recreational swath called “The Bosque” Spanish for forest. As Burquenos we love our Bosque. It has the last vestiges of the wild in an urban area—including coyote, porcupine, skunk, migrating and nesting birds. It is one of the last cottonwood forests in the contiguous United States.

Unfortunately it is severely ecologically degraded and exposed to heavy equipment to maintain the acequias—ditches to irrigate.  Round Up is regularly used to control “weeds”, spraying to control mosquitos, and agricultural chemicals are applied along the waterways.

One by one I opened each of the five hives. Not a one survived. Colony collapse. I had hunches about what may have gone awry. I wondered whether we had over zealously harvested blackberry honey in the Spring of 2016, creating a food compromised situation for at least one hive. But several hives were heavy with honey, bees burrowed into the comb in clusters. Their soft bodies lifeless. Clearly queen-less. In some hives the bees were just gone. MIA. 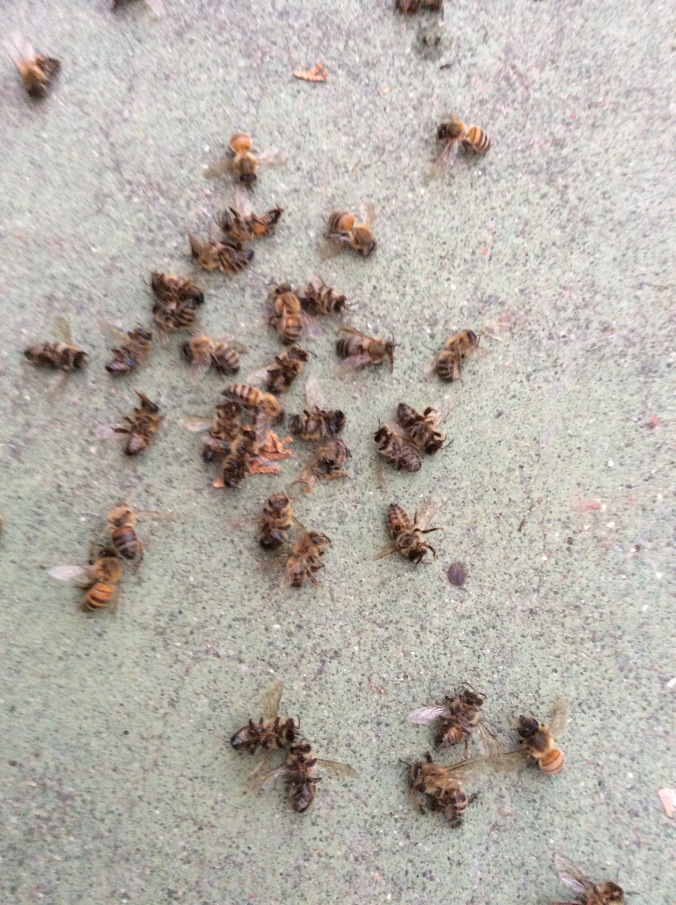 It was a sad day as I spent the next four hours cleaning the hives, ruminating, blessing those that had brightened our days last summer and praying for the next inhabitants.

The honeybee’s business is our business. What ails them will eventually ail humans.  In response to some of my readers good questions last week about the correlation of autism to Round Up, I wanted to add a few more insights.

Dr. Seneff, at heart, is a biologist. Like Rachel Carson, biologists don’t look at any one cause, but multiple interactions between humans and their ecology. Both Carson and Seneff were able to observe how the cumulative effects of a deteriorated ecology impacted a whole array of factors —food, nutrition, disease, population, fertility. In my birth year, Carson’s groundbreaking work on DDT and declining bird populations (Silent Spring, NY: Houghton Mifflin, 1962) eventually forced the EPA to ban it. It was a hard fight and Carson was slandered by Congress as a mere biologist and blocked at every juncture. She first chronicled what bee researcher Mark Winston calls “A thousand little cuts”. Meaning, in the end there is not one but multiple  factors that create honeybee colony collapse. Both have shown that a cascading series of causes can create the decline of health, and ultimately death, in any species.

Among other things, the chemical industry is driving life on planet earth to extinction, cut by cut. Dr. Winston writes…

Honeybee collapse has been particularly vexing because there is no one cause, but rather a thousand little cuts. The main elements include the compounding impact of pesticides applied to fields, as well as pesticides applied directly into hives to control mites; fungal, bacterial and viral pests and diseases; nutritional deficiencies caused by vast acreages of single-crop fields that lack diverse flowering plants; and, in the United States, commercial beekeeping itself, which disrupts colonies by moving most bees around the country multiple times each year to pollinate crops.

The real issue, though, is not the volume of problems, but the interactions among them. Here we find a core lesson from the bees that we ignore at our peril: the concept of synergy, where one plus one equals three, or four, or more. A typical honeybee colony contains residue from more than 120 pesticides. Alone, each represents a benign dose. But together they form a toxic soup of chemicals whose interplay can substantially reduce the effectiveness of bees’ immune systems, making them more susceptible to diseases.  (New York Times, Op-Ed column, 7/15/2014

This has been circulating on Facebook: “In case anyone is getting distracted by the Russian spy drama, the following bills have been introduced in Congress“….

Friends. In an age of massive ecological destruction, this administration is looking to set back the clock 300 years. Much like the Robber Barons of the late 19th century— unfettered capitalism makes the masses poorer and sicker, for the profit of the greedy.

Thank you to all of you who continue to stand up for that which is life affirming! 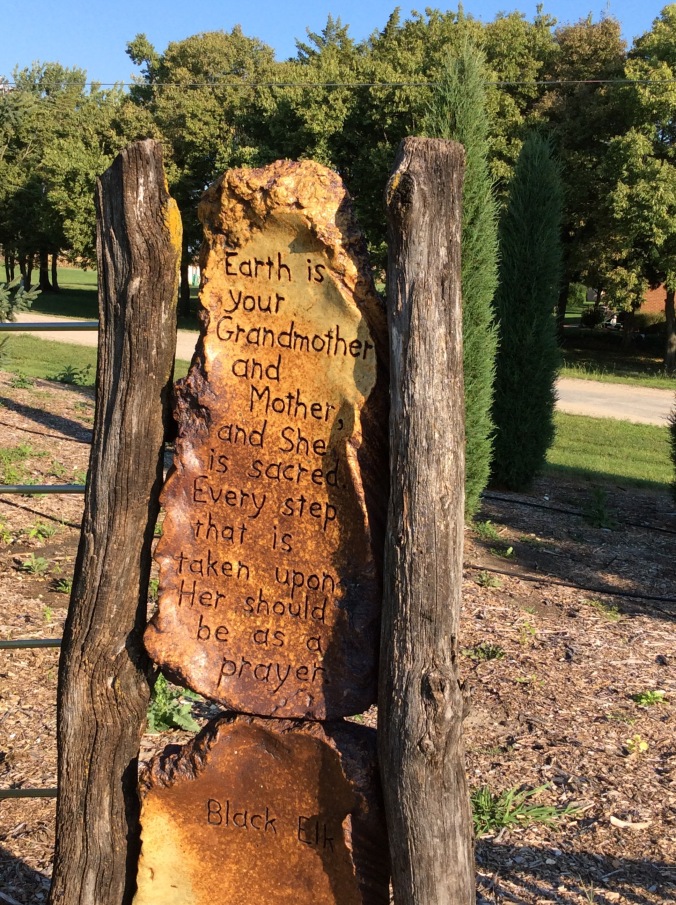 2 thoughts on “Taking Care of Bees-ness”