Bee Friends, I have been on a very, VERY long trip this past month. Logging over 1,450 miles, I have been driving the highways and byways of the Eastern United States.

I was disturbed by the spraying and mowing of the vast swaths of medians and shoulders along our interstates.

I passed endless monocrops of corn and soybeans.

A new federal study finds that honeybees in the Northern Great Plains are having a hard time finding food as conservation land is converted to soybean and corn row crops. These crops have no food value for bees. This area—called “America’s last honeybee refuge”—lost about 629 square miles of prime bee habitat, according to the National Academy of Sciences….From 2006-2016, more than half the conservation land within a mile of bee colonies was converted into agriculture.

“Why can’t we do this?” I said out loud in an irritated voice as I read the article. Meaning, if bees are so crucial for our food system, why do we keep decimating, developing and destroying their livelihood and thus, our own food chain?

I imagined, as I drove along, what would be possible if the medians were filled with GMO and herbicide free wildflowers. How many pollinators could we feed if we created continuous ribbons of habitat for pollinators along our interstates?

Then I came to Northern, Virginia, along Interstate-81. I perked up. Someone with foresight was managing these medians and roadsides, I thought to myself. Fecund and rife with species native to the Shenandoah valley,  I saw butterflies zig-zagging their drunken dance as we zoomed by at 75 miles an hour. The dazzling colors were mostly lost on the speeding commuters and semi drivers. 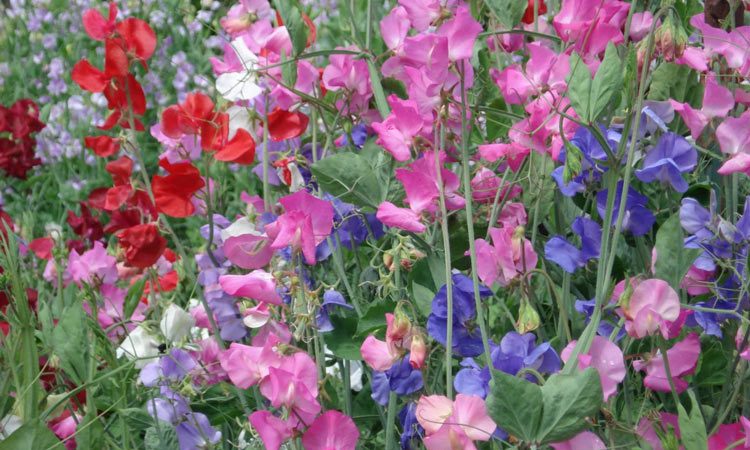 Just when I thought I had “spied” and listed them all, new species would pop up. My little “I spy” game kept my mind alert and engaged as I drove along. The variety and color was stunning. Banks of bouquets. Rivers of wildflowers. A feast for the eyes, and packed with nectar and pollen for hungry insects. I wondered if the pollinators, especially Monarch butterflies, had discovered these highways and byways  on their migrations?

Today, a new buzzword for pollinator conservation is habitat corridors.

Think Like A Bee will be working  with local beekeeper groups and the City of Albuquerque on this initiative when I return to my fair city.

Meanwhile, I was busy calling as I drove along. I found out in Northwestern Ohio that Ohio DOT has a vision to create pilot programs—experimental sections of wildflower corridors. I congratulated the Environmental Director. Seeding areas with local native varieties of wildflowers, land is allowed to lie fallow—unmowed and unsprayed.

Who is your state, local or regional Department of Transportation Director? Call and find out. Get to know them. Let them know how crucial our pollinators are and ask them to create pollinator habitat corridors in your state, town or region.

We can do this.